Assertions in programming play a significant role in debugging and handling errors based on True or False conditions. Assertions help in smoothly running a code. Assertions are essentially assumptions that programmers assume or plan and when they want it to be true; they put them in code so that, they can check the failure of those code block that does not allow the code to execute further.

Python also allows programmers to set an assertion for debugging purposes. They achieve this using the assert keyword. This keyword will allow programmers to check whether a condition in the code returns True or not. If it does not return true, the program raises an AssertionError. This statement will accept input as a Boolean condition and when it is true, does not return anything.

You can see the program outputs: 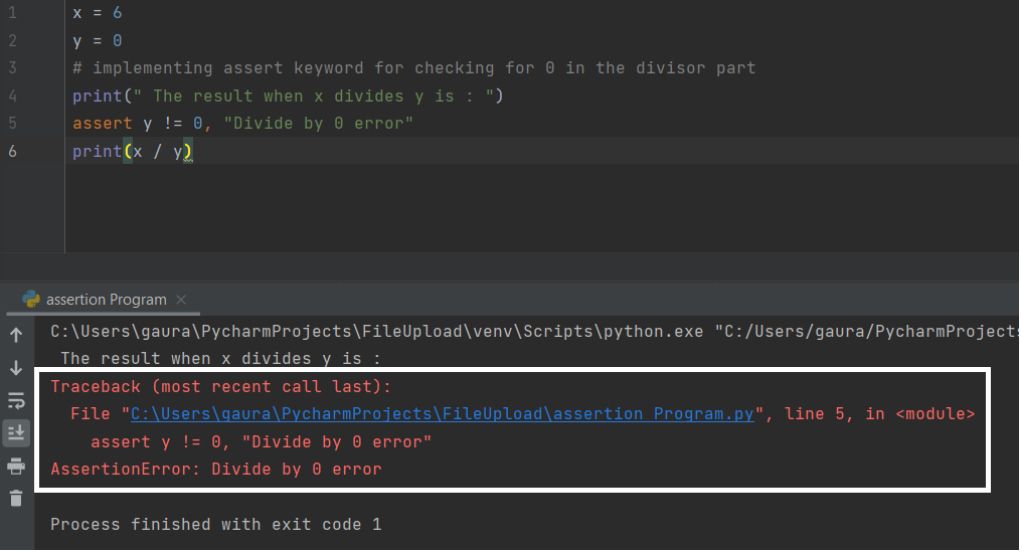 Also, it throws a runtime exception as shown in the figure.

Assert in Python plays a significant role when it comes to quality assurance in software testing. Developers use various forms of assertions depending upon the project or the situation in which they are working. Here is a program showing that the groups who will get rejected will not submit their assignments on or before the 16th.

An asset is a popular tool and keyword in Python for debuggers and quality assurance testers within a development team. Hence, if you are planning to become a full-stack developer, learning the debugging aspects of Python programming will give you an upper hand in the development experience.