How to Change the Size of Figures in Matplotlib

Plots are an effective means of visualizing data and gracefully reviewing data. Matplotlib is the most popular data visualization library in Python. It is famous for two significant reasons. One, it has a large variety of plots and charts. Two, it has many customization options; that is, users can tweak just about any component from its objects. In this chapter, you will learn how to change the figure size in matplotlib.

Now, create a new project and write the following code: 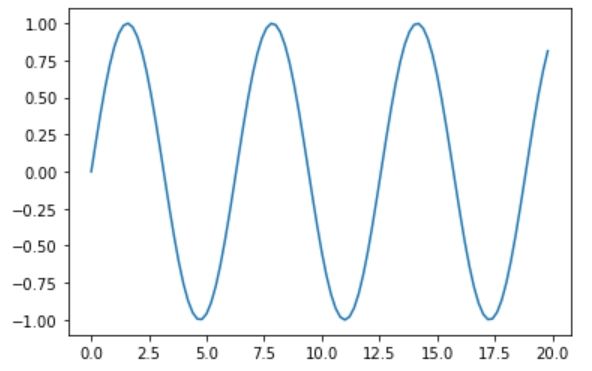 Once you execute this code, you will see that the mpl.plot() will generate a plotted figure with a default size. By default, matplotlib creates a figure of size 10 x 8 inches or its corresponding ratio. But, we can change the figure size. Note that changing the figure size might change the observable element size also.

It is the easiest and popular way of changing the size of a figure created using matplotlib. Programmers can use this argument either with the existing figure object or with any plot (chart's) initialization. It takes two parameters under a single set of parentheses.

By default, the width and height values are 6.4 & 4.8 respectively. 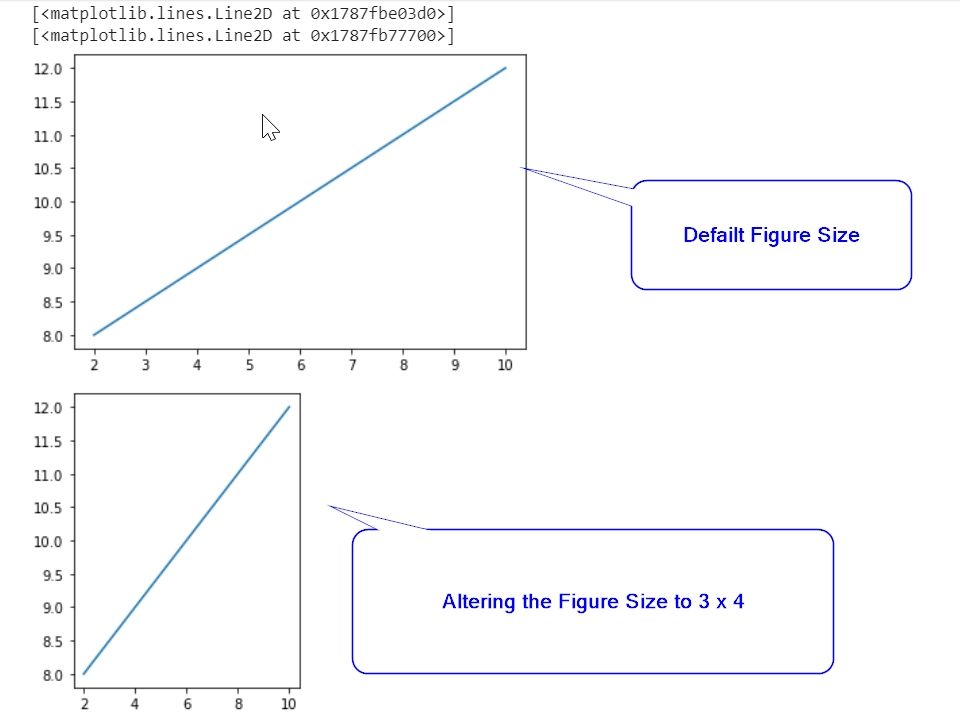 First, we have to import the matplotlib.pyplot module. We have also aliased it with the name ‘mpl’ using the as keyword. Next, we have to create the values of X and Y axes. In this program, we will go with the list data type to create them. We have created the plot using the mpl.plot() and displayed it (this will show the default size). Now, we have again use the mpl to create the figure. The figure() takes the width (here 3) and height (here 4) as the two parameters. Again we have displayed it. This time, it will show the customized size 3x4.

Rather than using the figsize argument, we can also set the height and width manually using the set_figheight() and set_figwidth() method of the figure object. Both these methods take single argument value. 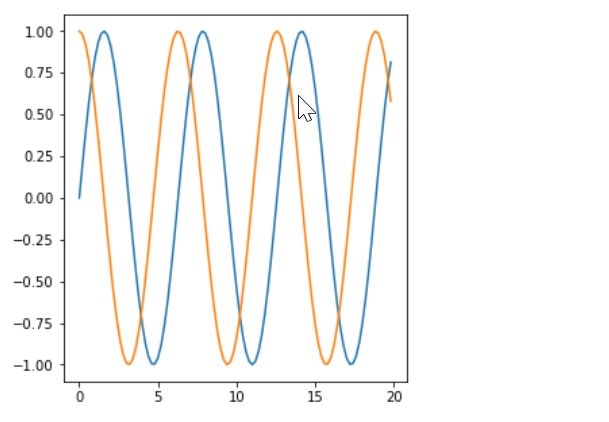 First, we have to import the matplotlib.pyplot module and the Numpy module. We have also aliased it with the name ‘mpl’ and np using the as keyword. Next, we have to create a range of data using the arange() function of the Numpy. Now, we have to take two new variables sin1 and cos1 and use that arange() data within it. Use figure() to generate the figure.

To change the default size, we have used the set_figheight() and set_figwidth() methods with 5 and 10 as their respective parameter value. Now create the plots and display it using show() method.

Developers also use this method to set the figure size in inches. If anyone uses this method, he/she does not have to write two distinct methods for width and height. It takes two parameters, first one for width and the second one for height. 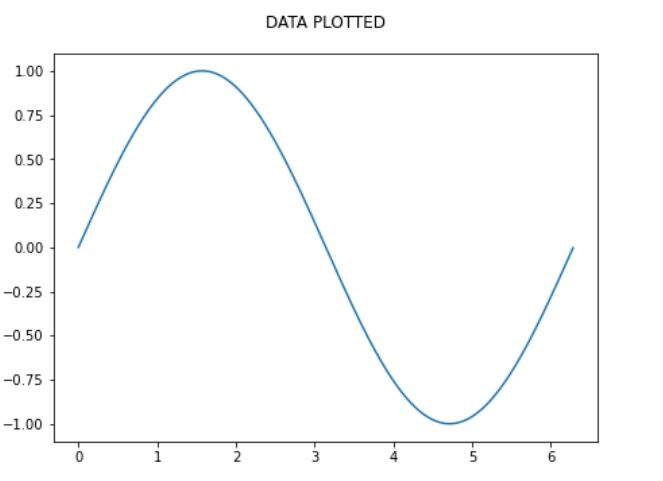 Now, to change the default size of the figure, we have called the set_size_inches() where we have passed 7 and 5. Lastly, we have displayed the plot with a title.

This is a unique way of changing the default size of the figure on a permanent basis. We can set our user-defined value as per our requirement by redefining the figure.figsize.

First, we have to import the matplotlib.pyplot module. We have also aliased it with the name ‘mpl’ using the as keyword. Next, we have to create the values of X and Y axes. In this program, we will go with the list data type to create the X and Y axis data. Next we plot() the data and show() them. Now if you use the rcParams['figure.figsize'], it will provide a unique way of changing the default size of the figure.

We can set our user-defined value depending as per our requirement. Here you will see three different charts, two line chart and one scatter chart, but the latter two have the different size (4x7).

Among these four, the 'figsize' is the most popular one. It is convenient and simple to use. But, apart from that, method two takes two methods which make it complex and slow. set_size_inches() is another method that works faster than the set_figheight() and set_figwidth() methods.

But, if you are a data analyst who does not want to set the figure size in every plotted figure and wants the same figure size throughout the project, matplotlib.pyplot.rcParams[] is for you. Set it once as per your requirement and you won't have to worry about the figure size again within your project.

It might be costly if you use it for fewer plots since it takes internal changes in the code. Otherwise, it is the best technique for bulk plots.