Difference between ReactJS and AngularJS

Read on for more.

Angular JS is an open source web development framework based on Javascript that was developed for making high-quality single page web applications. The framework was developed by Google and was initially released on 20th October 2010.

Angular JS was created by two of Google’s developers, Misko Hevery and Adam Abrons. The latest version of the development tool is Angular JS 5.0 released in November 2017.

The Angular JS framework is designed on the concept of MVC (Model View Controller) which is a technique used for building web applications nowadays. This makes DOM manipulation easy. 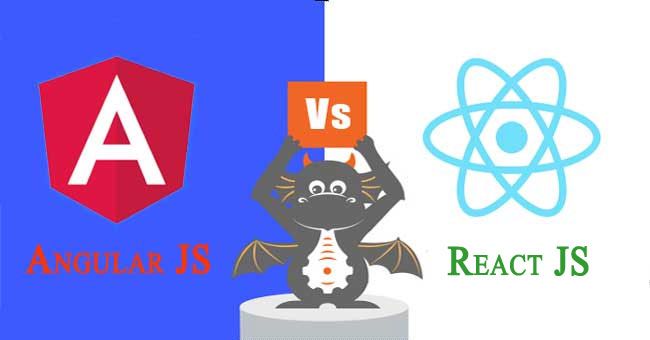 React JS is an open source Javascript library that is used for developing the user interfaces for web applications that are of a single page. This is used for tackling the view layer for web and mobile applications.

Reusable components for UI can also be developed using React. React can be combined with other Javascript libraries and is simpler to learn for beginners.

It was initially released on May 29, 2013. The library was developed by Facebook’s software engineer Jordan Walke and was implemented in Facebook’s newsfeed.  The latest version of the React JS library is 16.8.

As both Angular JS and React JS have been developed by Google and Facebook respectively, they have good demands in the market. As the community support and a number of open source contributors are much more in Angular JS than React JS, many developers are choosing it for front-end applications. 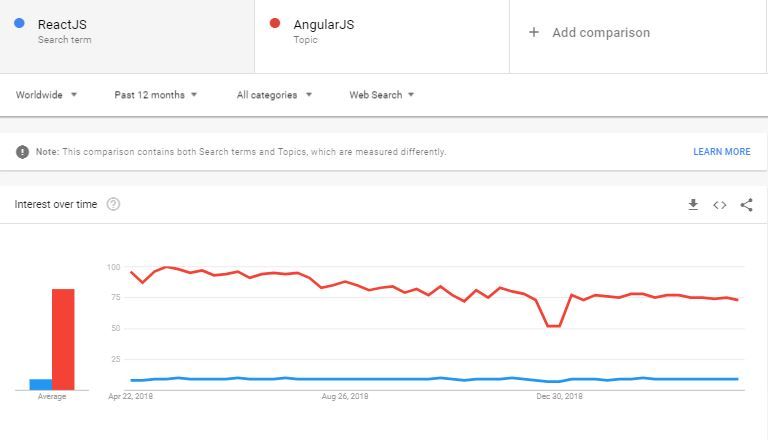 Angular JS has two-way data binding functionality that makes it easy to handle UI elements whereas React JS has one-way data binding. Therefore, many developers are adopting Angular JS but React JS is sometimes preferred for its simplicity in code.