Global and Local Variables in Python

Variables play an important role in the world of programming. Every programming language comes with the concept of variables. These variables act as a name for the memory location. A variable is a token in a programming language that is a user-given name. This name is meant to assign some values to a storage area that can be manipulated by the program. Variables can be either local or global. In this article, you will learn the difference between local and global variables.

A variable along with its type determines the size, location of storage, and the layout based on which it will be represented in the memory. Apart from the type of variable, there is a concept of scope. Before understanding the local and global variables, it is necessary to comprehend how the scope works in Python.

Scope of a Variable: 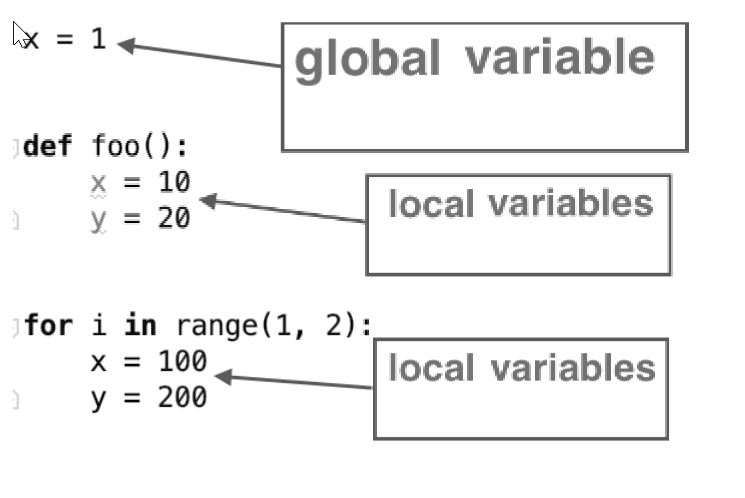 Global variables are those Python variables that do not reside within a function's scope or within any other block. Thus, you can say that they have a Global Scope. It means, these variables can be accessed from anywhere within the entire program, including within functions and nested functions. Making a variable Global allows the programmer to use it throughout the code without any restriction. If there is no variable defined inside the function scope, the global variable is used inside the function.

First, we will define a user-defined function runn() and print the strr variable within that function body. But the question is where this variable comes from. This variable is not a local variable as it has not been declared within the function (hence not local). In the global scope, a variable strr is declared and initialized with a string. Finally, we call the runn() function. It automatically uses the global variable as no other variable with that name is defined.

Another way to make a variable global at any point within the program is by using the global “keyword”.

When a variable is defined within a function's body or a local scope or block, we call such variables a local variable. These variables are known to have a local scope. Local scope means that these variables can be used or accessed within the function's scope or the suite's scope in which it is declared. You can never invoke it or use it from another function or block. If a programmer tries to access such variables from another function or block, a compile-time error will pop up.

First, we will define a user-defined function runn() and initialize the local variable (val) with a string value. Then we print that variable (val) using the print(). From the global scope of the program, we called the runn() function.

First, we will define a user-defined function funcc() and initialize the local variable (strg) with a string value. Then we print that variable using the print() function. We then create another variable in the global scope but with the same name strg and initialized it with a different string this time. Now when we tried calling the function funcc(), the local variable got more priority over the global inside the function. Whereas, when the print() function invoked the strg, the global variable got more priority.

Both local and global variables play a significant role in programming. They have their own characteristics and uses. It is very important to understand the scope and lifetime of a variable and where to declare which variable. Because, depending on the declaration, you program will meet bugs and errors. So, if you want to use a variable that will be used at multiple location of the same program, declare the variable as global, otherwise go with the local variable creation.