There are many cases where we want to reuse the code to create the updated version of an application. With the help of inheritance, a base class can inherit the properties and methods of the parent class.

Use of super() method:

Super methods can be used in many scenarios. Some of them are.

Then, it calls the base class with the super method. At last print the values of s1 and s2 with the object of the class. 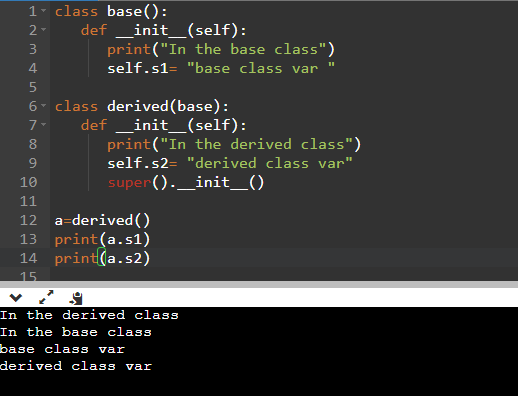 Multiple methods of different classes with the same name can be called from the base class with the super method. Bypassing the reference to the classes as in MRO to skip the search for the init method in that class by the interpreter.

Secondly, call the base2 class by passing the reference to the first class and derived class in the super method. 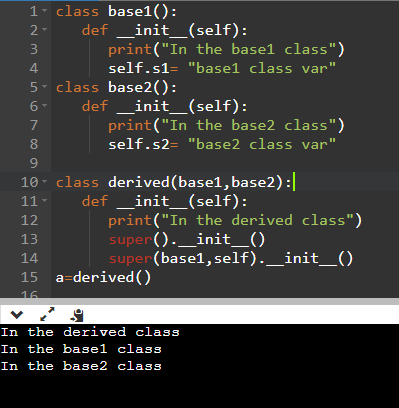 Method Resolution Order is the order in which methods are inherited in the derived class. The order of inheritance of class can be checked with the  __mro__. The interpreter first checks the attributes in the derived class then the base class as per mro

In an inherited subclass, we can refer to a parent class with the help of the super() function. super() is the most efficient way to refer to elements of parent class from sub class. In real-life, companies use it while updating a functionality of previous version of a software to a newer version.