Summary of this Tutorial

This tutorial explains what is Variable type and Data type with their examples. It also explains different types of Data type and variable type used to write a program in JAVA programming language.

What is Variable in Java?

Variables types in Java are memory location which is used for storing any value. Therefore for storing any data value in JAVA, a variable must be created. As soon as the variable gets created the memory will be allocated to the data value and the java program will be executed. The size of the memory allocated to a data depends on it datatype for which variable is created. Therefore we must have to mention the datatype before creating the variable.

Types of Variable in Java

Java has three kinds of variables in JAVA: 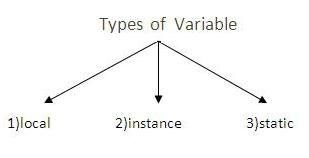 What is Data Type in Java? 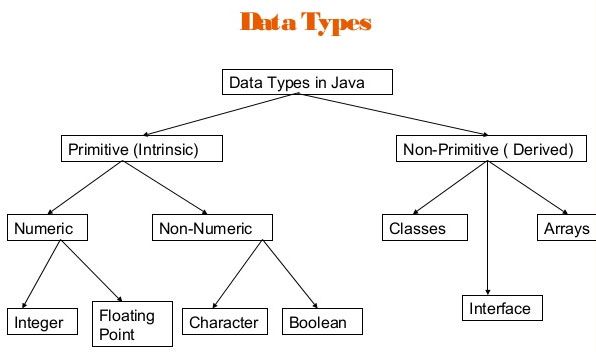 Types of Datatypes in Java

Data types in Java can be categorised mainly in two forms:

Primitive data types in Java can be further categorised into eight types:

Non-Primitive datatypes in Java are not pre-defined datatypes. It is a datatype which has to be created by a programmer as needed. It is also called as Reference or Object data type.

There are three types of Non-Primitive Datatype