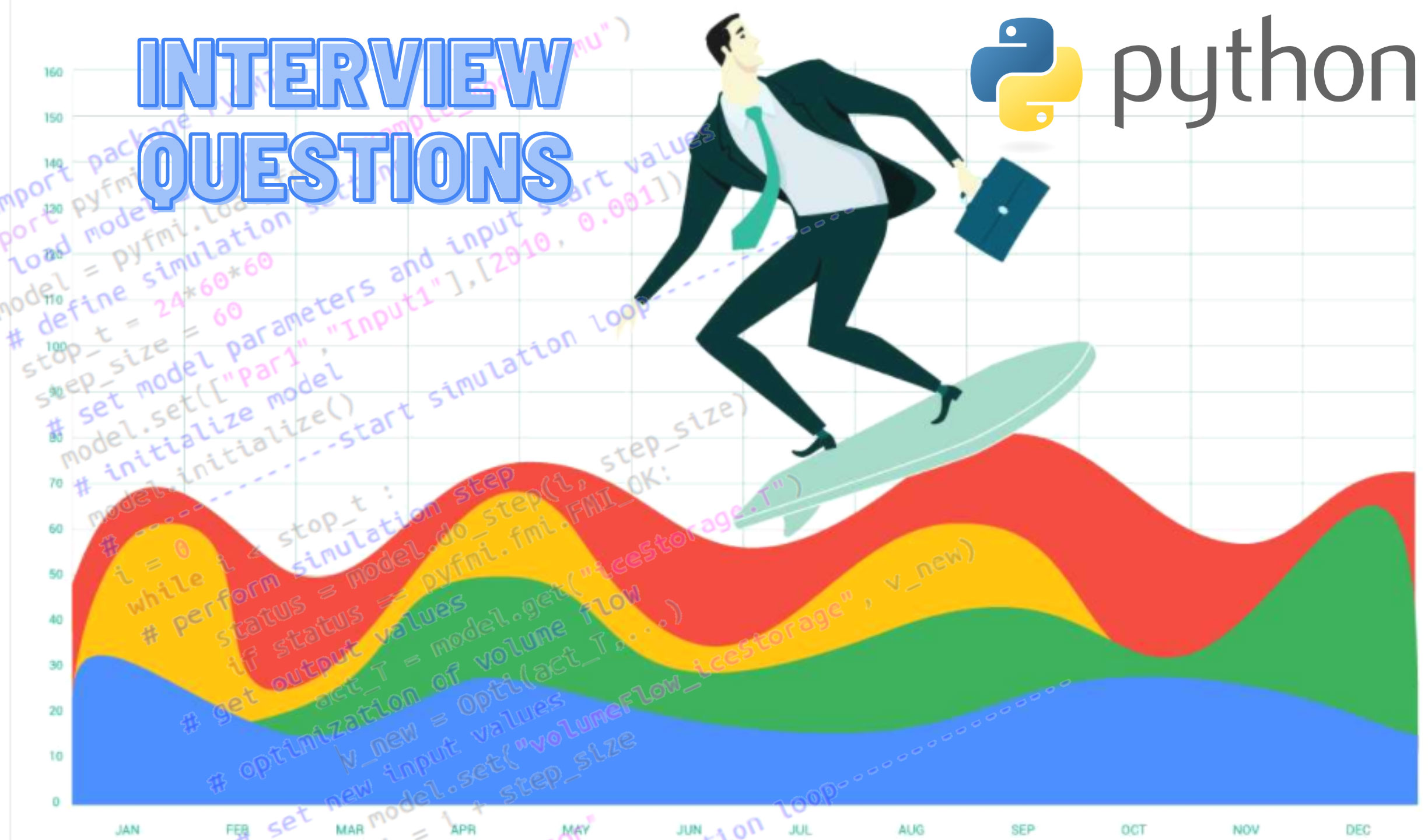 A: PEP8 is a set of recommendations or coding conventions to write Python code better.

2. What is meant by Pickling?

A: Pickling is a process of accepting a Python object, converting it to a String form, and putting it into a file using the dump function.

3. What is meant by Unpickling?

A: Unpickling is the process by which original Python objects are retrieved from the string representation.

4. How is the Python Language interpreted?

A: Python is classified as an interpreted language as the program is run directly from source code which is converted to an intermediate language before being translated into machine code to be executed.

5. What tools are used to detect bugs in Python?

A: The static analysis tool to detect bugs in Python is called PyChecker, which also points out the complexity and style of the bug. Another tool to verify the module coding standards is called Pylint.

6. What are meant by Python Decorators?

A: Python Decorators are specific changes made to the Python syntax allowing easy alterations to the functions.

7. What is meant by Namespace in Python?

A: Namespace in python is a specific place like a box where variable names are placed and mapped to objects. This box is searched when a variable is asked for to recover the concerned object.

8. What is meant by Lambda in Python?

A: Lambda is an anonymous function with a single expression that is used often as inline function.

9. Why do Lambda forms not have statements?

A: Lambda forms are used simply to prepare a new function object to be returned at runtime, hence they do not have statements.

A: A Pass statement is a Python statement without operations serving simply as a place marker in a compound statement.

12. What is meant by Slicing in Python?

A: Slicing is the mechanism where a range of things are selected from sequence types like strings, list, etc.

13. What is meant by Generator in Python?

A: Generators are functions to produce expressions in the function and is a way to implement iterators.

14. What is meant by docstring in Python?

A: Python Documentation String or docstring is a technique by which Python modules, classes, and functions are documented.

15. What functions can be used to copy objects in Python?

A: The functions copy.copy() or copy.deepcopy() are used to copy objects in Python.

16. What is meant by module in Python?

A: Each program file of Python is an individual module. They are used to structure the program and they import objects and attributes.

17. What is meant by package in Python?

A: Package is the program folder of Python containing multiple modules and subfolders.

19. What does the split function do in Python?

A: The Python Split function is used to break a large string into a set of shorter strings using a separator defined in it to provide a list of words in that string.

A: Flask is a Python web micro-framework which is based on “Werkzeug, Jinja 2 and good intentions” BSD licensed, where Werkzeug and Jinja 2 are two dependencies.

21. What is the advantage of Flask?

A: Being a part of a micro-framework, Flask does not depend on external libraries, making the framework light with less need for updates and fewer bugs.

A: While Flask is a framework for simple and small applications, Pyramid is used to run larger applications with more requirements. It is highly configurable and this flexibility allows developes to select the best tools for a project.

A: Dogpile Effect refers to the condition where upon the expiration of the cache, websites start to receive multiple requests at the same time from client.

24. What is meant by Dictionary in Python?

A: Dictionary refers to the datatypes that are built-in in Python. Indexed by Keys, Dictionaries contain a Key pair and corresponding values.

25. What is meant by Monkey Patching in Python?

A: Dynamic modifications done in a class or module during run time are referred to as Monkey Patching.