What is Kyma in SAP?

What is Kyma in SAP?

SAP Kyma, also known as Kubernetes runtime is a cloud-native application that renders a fully supervised Kubernetes runtime based on the open-source project "Kyma." Each Kyma environment includes a specific subaccount that runs on a single Kubernetes cluster. SAP users can integrate their required SAP solutions with serverless operations and merge them with containerized microservices using this Kyma cloud-native solution.

What are the features of SAP Kyma?

There are three key features of the SAP Kyma, and these are as follows:

Developers can easily deploy workloads as functions using SAP Kyma. They can efficiently focus on coding. In the Kyma framework, developers can efficiently write their Function code, add a configuration manifest, and save it to Kyma using Kyma's supporting Command Line Interface or directly save the code to git.

Kyma has vast features with some pre-configured open-source observability tools. Developers can easily monitor the performance of their microservices and Functions, check logs for errors, and outline the request flows through the overall procedure.

Using SAP Kyma, developers can trigger workloads such as Functions or microservices with external business modules or in-cluster events.

What is Kyma Open Source?

Kyma is an open-source application developed on top of Kubernetes which includes a collection of projects combined to simplify the SAP application extensions extension. Kyma has vast features with some pre-configured open-source observability tools.

It also simplifies the integration of monolithic software. It provides Command Line Interface and User Interface through which users can connect their application to the Kubernetes cluster.

SAP users can also securely reveal their application's API or events with Kyma Open Source. In addition, developers can execute the business logic they need to implement by creating serverless functions or microservices.

What are the main components of the Kyma?

What is Kyma Environment?

This environment is named Kyma based on the Kubernetes runtime on the open-source project "Kyma." Every Kyma Environment includes an open-source project called "Kyma" installed provided cluster. Developers can develop SAP solutions using this cloud-native solution, with serverless Functions, and integrate these features with containerized microservices.

The functionalities of the Kyma are as follows: 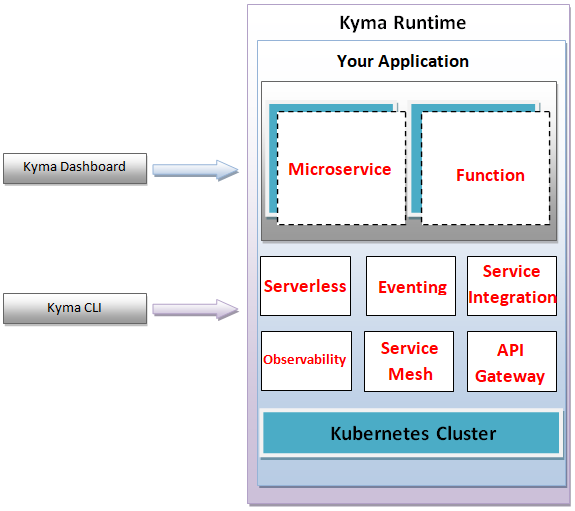 How to install Kyma?

To prepare for the Kyma development environment, one must follow the following steps:

To run Kubernetes inside a Docker, developers need a Docker. The use case of Docker is nothing but an open platform for designing, shipping, and running applications.   So to download a Docker, go to the following link click here.

Step ii:
Installing the k3d by running the following command on either macOS Homebrew or Windows Chocolatey

Installing the Kyma CLI by running the following command: 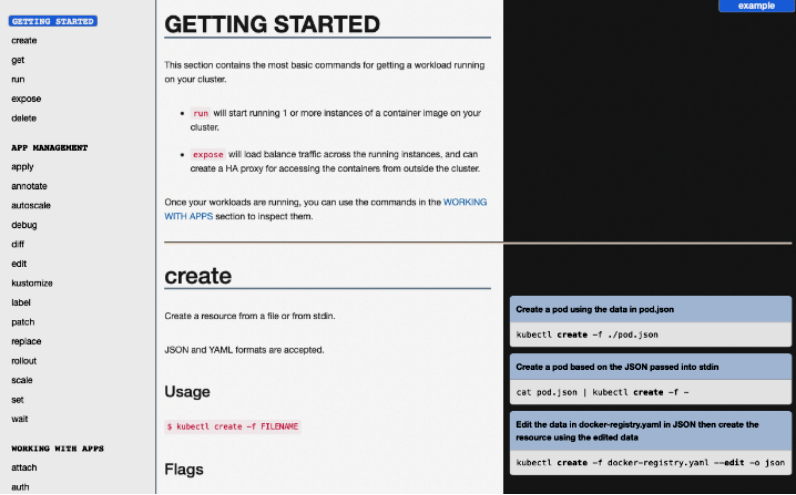 Then, they can run the command given below to trigger the installation process:

Type "npm install," which will install the local package

Also, if needed, developers can run the following commands in their project directory to upgrade the packages:

Also, according to the Kubernetes documentation, developers must use that version of kubectl, which exists inside the one minor version difference of their cluster.

We hope this SAP article has catered to all the critical points of SAP Kyma and how to install the SAP BTP Kyma runtime with the required packages. Also, the article discussed the features, functionalities, Kyma environment, and the main components in detail.