Indian railways were originally founded in the year 1853 and now are known as the largest rail network in Asia. It is interesting to know that there are more than 6000 stations and almost 20 million passengers travel daily through trains.  Apart from being a favored mode of transport, the railways provide employment opportunities to close to 1.4 million people. The railway track covers a distance of 72,000 miles and supports both urban, sub-urban along with commercial freight, very conveniently and without many hassles. 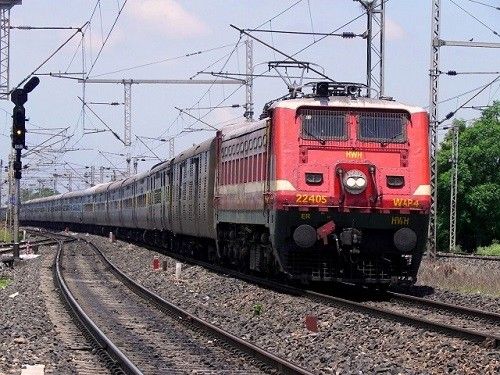 While on one hand the railways is known to be the most preferred mode of transport yet on the other hand it is also going through quite a mess. Almost 19 million people travel through the railways, without any reservation thus causing a major loss to the exchequer. To resolve this major problem the Indian railways turned towards CRIS (Center for railway information system), which helped them develop a tracker for monitoring the unreserved ticketing system, much more closely and in detail.  If numbers are to be believed then It is interesting to know that through UTS close to 60% of the unreserved tickets were through UTS, the earlier technology, which didn’t help the Indian railways much.

Prior to the current initiative, the India Railways was facing a hard time as they lost almost 49% of their total revenue because of passengers travelling without reservations. Even the passengers were restricted as they only got 1 hour prior to purchase the tickets, at a railway station, which eventually resulted in long queues at the railway station. The passengers underwent a tough time and faced a lot of inconvenience. Other parallel issues such as system downtime, lost revenue, very high maintenance costs and burdensome reporting challenges were also faced by the general public as well as by the Indian Railways. The railways also faced a major challenge in monitoring the performance of their staff and a good deal of inventory was spent on creating a tracking mechanism which was not at all helpful.

SAP (Systems, Applications, Products in Data Processing) a well known software has comes to the rescue of the Indian railways. Special software has been designed for the Indian railways on the SAP Adaptive server along with other relevant SAP technology. The software will be well equipped to handle all the major issues pertinent to operations and ticketing. The software will also make the lives of the passengers very easy as they can purchase tickets as and when they choose to buy from.

Ever since the Indian Railways and the CRIS have partnered there has been enormous growth in the overall revenue of the Indian Railways. Passengers can now buy tickets at any station, depending on their individual comfort level at any time of the day or night. The SAP technology ensures that the systems are up and running at all times and there if absolutely no system downtime. All thanks to the latest technology the lives of passengers are far easier now, as they can purchase tickets from dedicated counters, vending machines which are automated besides the other avenues.

Cross cancellation was not earlier made available however now even that has been rolled out and the same can be done at any station and one can cancel the booking of unreserved tickets can also be done up to three days in advance.

Besides the comfort factor for the general public, SAP has significantly contributed in building a system which enables the railways to closely monitor the unreserved ticketing system and also thereby warding off the tiresome manual processes and thus leading to a faster and much less downtime. There are lesser administrative nightmares for the Indian Railways also such as ticket misuse and manipulation of tickets has been reduced considerably. The system also enables the Indian railways to add new routes, locations, users without causing much pain.

The system was recognized The Prime Minister’s award for Excellence in the field of Public Administration. All thanks to SAP today the Indian Railways fetches a daily revenue of $5 million daily besides being user friendly , supporting multiple languages and eliminating the cost of printing tickets, stacking tickets cards, forgery and defacing.