1) SAP HANA is certified to run on Azure in more than one ways:

2) HANA instance can run on the non virtualized physical server and this server has been certified to meet the SAP TDI specs.

3) The data center that hosts this large instance machines will connect to your application servers that you deployed on AZURE Virtual Machines which is the Microsoft Azure public cloud off links. 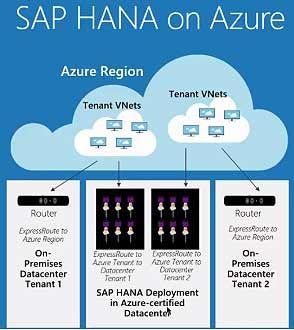 4) The scalabilities that Microsoft Azure offers for SAP HANA:

The storage with these large instances are predefined, pre-configured because the ratio of storage, RAM and core counts are specified in SAP Tailored Data center Integration specs, that is the TDI specs. You can add additional storage by purchasing with Microsoft Additional Premium Disks in 1TB instalments. 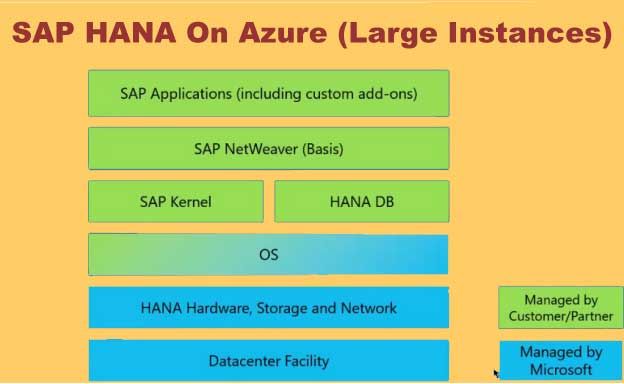 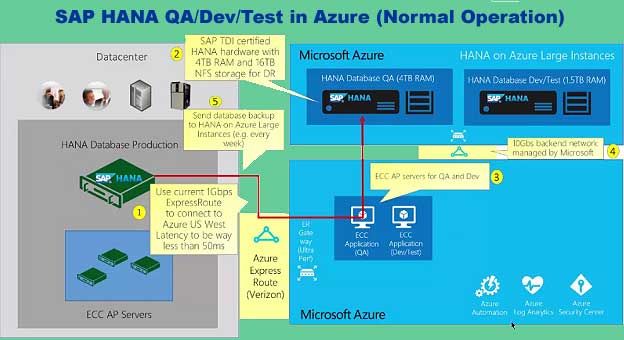 The following image contains a flowchart that can help you determine what to offer to a customer if that customer has already done some sizing exercises on their SAP Classic Workload on any Database: 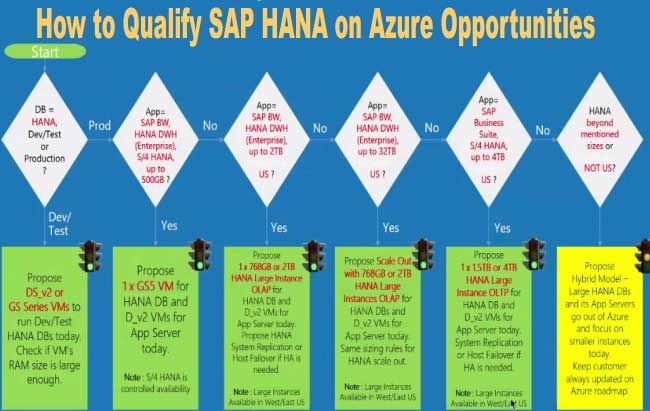 1) The general system requirements that you would need for HANA production in Microsoft Azure include the following: 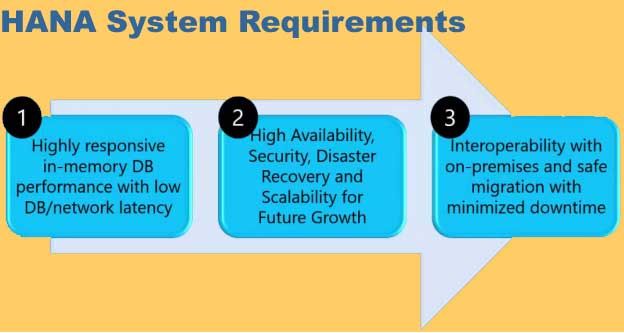 2) A sample of the HANA single large instance is given below. You can see that on the left there is the Azure Iaas Virtual Machine where you install all your application servers and to the right, you have the SAP HANA large instances, in this case, it shows a HANA production machine.

3) The front end ExpressRoute between the customer and Azure VM is recommended to be a minimum of 1Gbps and the backend ExpressRoute is of 10Gbps. The storage offering here is via NFS.

4) The attributes of HA options of a HANA large instance Deployment are:

Running SAP HANA with HA and DR on large instances 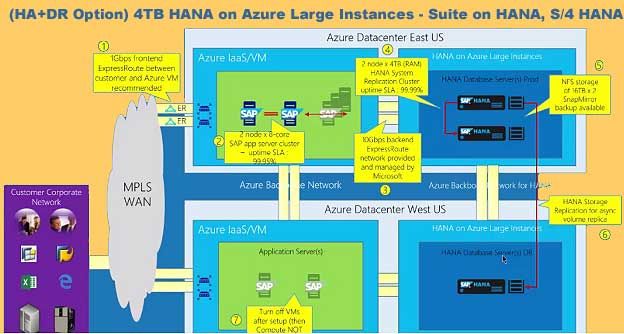 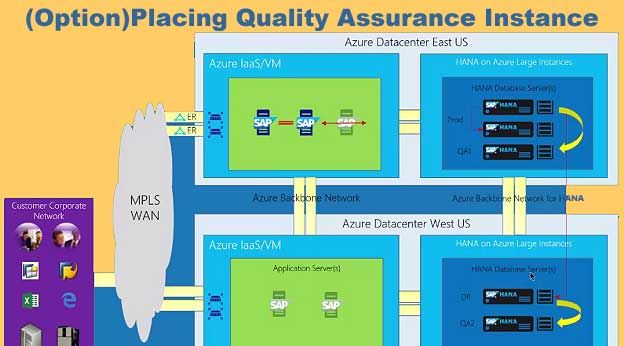 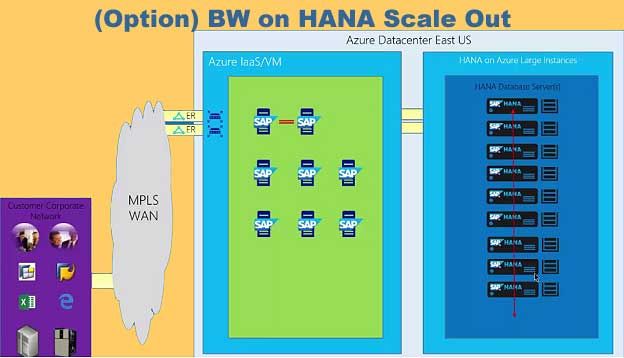 The typical requirements of non-production environment running on Azure are: 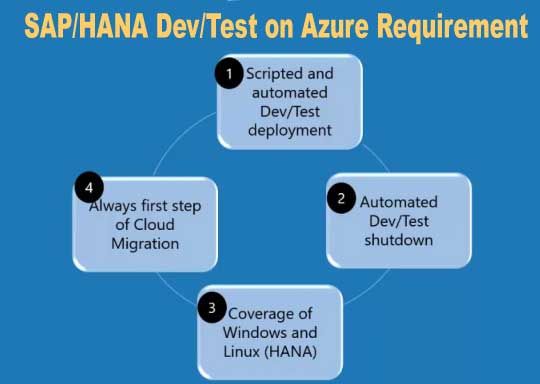 The requirements or attributes you need for having SAP HANA DR on Azure: 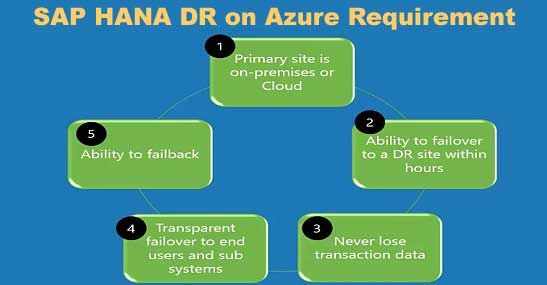