We all understand and would agree to the fact that a professional qualification like SAP does definitely give you an edge over the others apart from providing you with a good salary structure. There are quite a few modules available in SAP nowadays which were earlier not very prominent and all thanks to the exposure people are getting from surfing the internet one can go ahead and select the avenue you would like to specialize in and see what ate the various challenges related to a particular stream, see the salary packages which come along with it and decide whether you want it as a long-term career for yourself or not.

Quite similar to all streams SAP will once again be a game changer in the field of Oil and Gas. Today one can see many top end companies such as Exxon Mobil, Royal Dutch Shell, British Petroleum, Saudi Aramco, Conoco Philips, Gazprom, National Iranian Oil Co, PetroChina, Pemex, Chevron, Kuwait Petroleum Corp are companies which pay really well to all the SAP folks, across all levels.

We have collated the information on a few top companies in the field of SAP and Oil and Gas based on the information received from Glassdoor.com Let us see and understand their compensation levels. 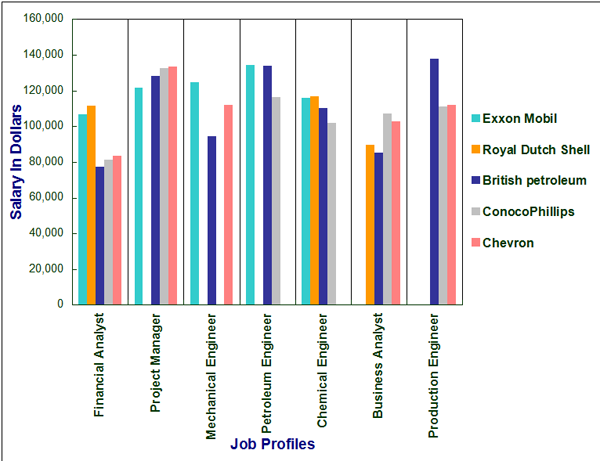 Exxon Mobil: This is known as the one the leading publicly traded international oil and Gas Company in the world. The company is well known as holding the industry leading inventory of global oil and gas resources. This is also referred to as the world’s largest refiner and marketer of petroleum based products. While the lowest salary is that of the Procurement Associate is $76,759 is, the highest is that of the senior financial analyst which is $155, 522.

Royal Dutch Shell: This is a very prominent Oil and Gas company. The Salary structure in the organization varies from $89,726 which is paid to a Business Analyst and the highest is $160,078, to a finance manager.

British petroleum: We have all heard the name of this world famous oil and Gas Company. The salaries in this company vary from $77,131, which is also the lowest and varies all the way upt0 $ 137,906, which is the lowest.

Conoco Philips: The oil and Gas Company is located in Houston, Texas, United States of America. This is more prominently known as an American multinational energy corporation. The fortune 500 company is also rated as the world’s largest independent pure-play exploration and Production Company. The salaries start from $73,789 which is generally given to an analyst and varies all the way to 132, 664 the highest in the company given to a Project manager.

Total: Total company has their operations widely spread in more than 130 countries and is known to be the leading international oil and gas company. The company specializes in producing, refining as well as marketing oil and manufacturing petrochemicals. They also rank as a major player in natural gas and rank second in solar energy with SunPower. With more than 100,000 employees on their database the company is serving customers all round the globe.

Pemex: The average salaries in Pemex start with $65, 947 which is that of the procurement engineer, a contract analyst earns a yearly salary of a contract analyst is $63, 871, Systems Analyst or contracts administrator earns at an average of $55, 288.

Saudi Aramco: The oil and Gas company is officially known as Saudi Arabian Oil company. Based out of Dhahran, Saudi Arabia was originally founded in the year 1933 by Khalid A Falih. The company is well known for providing good salaries along with the opportunities for higher education.

Gazprom: The global energy company specializes in geological exploration, storage, transportation, processing and sales of gas, and even in generation and marketing of heat and electric power. Average monthly salary of an engineer is that of $58,461. The company is well known for providing an employee friendly work culture.

National Iranian oil Co: Is a government owned corporation which is under the direction of the ministry of petroleum of Iran. Established in the year 1948 and has its head base in Tehran.

PetroChina: As one can figure out from the name itself the company is located in China. Originally set up in the year 2002. The company manages as well as organizes the international trade of crude oil, petrochemicals, natural gas along with other businesses. The employees are quite happy with the average salaries being offered in this organization.

Kuwait Petroleum Corp: This is Kuwait’s national oil company. This oil and Gas Company is also referred to as one of the largest oil complexes in the world. All the activities in this company broadly focus on petroleum exploration, petrochemicals, refining, marketing and transportation.

Abu Dhabi National Oil company: This is also known as ADNOC is the state owned oil company of the United Arab Emirates. This is rated as the world’s fourth largest oil company which has access to the country’s oil and gas reserves. This was originally set up in the year 1971. 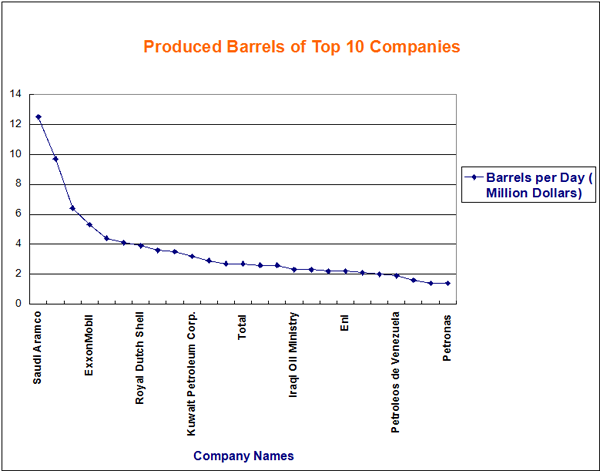